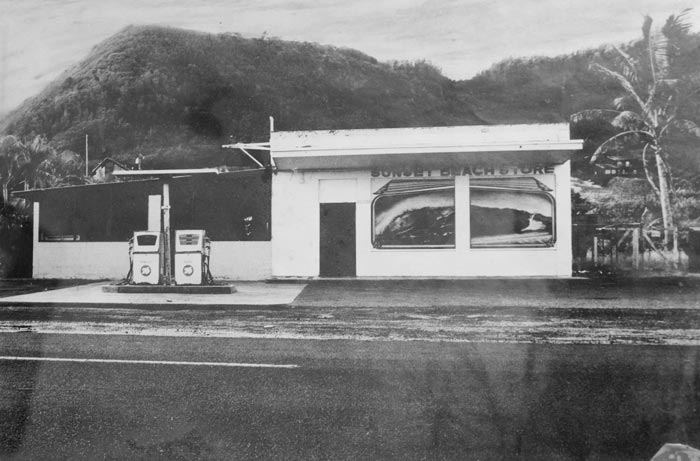 The History of Ted’s Bakery

*This photo of store was taken in the 1970’s.   Back then, they sold gas and a few grocery items.  The community was very small at the time and the North Shore was not popular as it is today.

Torojiro Nakamura invested his meager savings to lease three acres of land. Through determination and hard work, he was able to cultivate the land and produce a wide variety of agriculture. With the help of his sons, he was able to find success as a farmer for many years to come. Then, in 1950 he and his son Takemitsu had the opportunity to buy land in Sunset Beach, on the North Shore of Oahu.

*Pictured here are Takemitsu and Eva Nakamura in 1956 on the grand opening day of store. 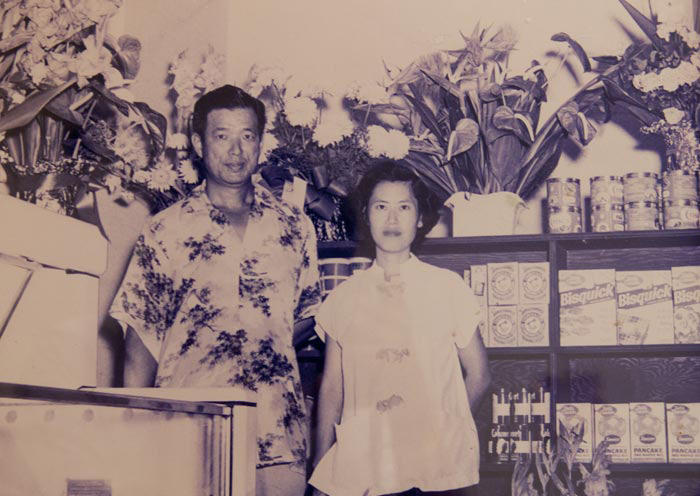 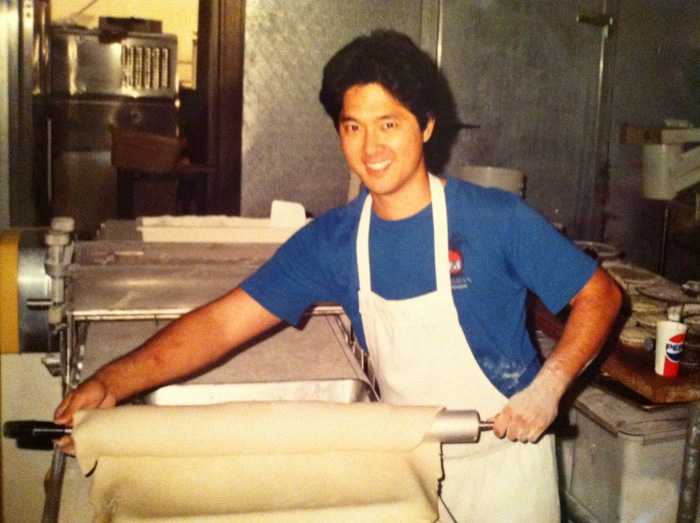 In 1956, Takemitsu Nakamura, built store on the parcel of land which he had purchased. He ran this small grocery until 1987. This was when Takemitsu’s son, Ted, opened Ted’s Bakery. The bakery was integrated within store. Intially, Ted sold doughnuts, cornbread and a few pastries.

In 1996, Ted’s Bakery began wholesaling cream pies to stores and supermarkets around the island. Within the last decade, the North Shore of Oahu has become famous as the surfing capitol of the world. During the surf season, people from all over the world visit the North Shore. 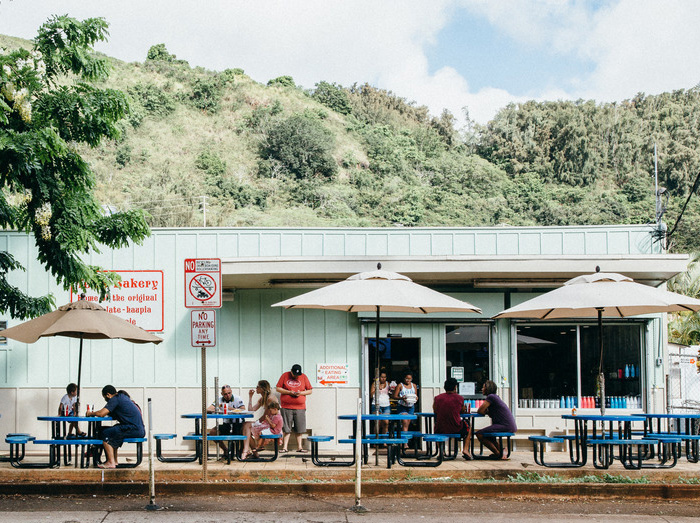